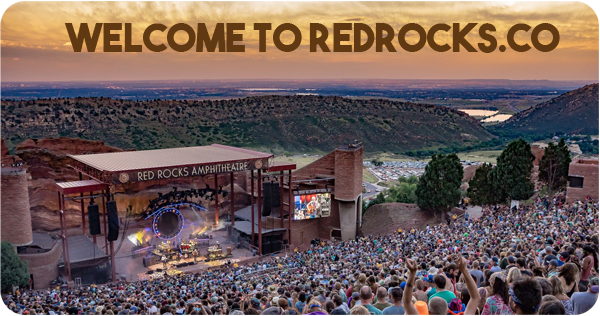 Fall brought with it the official end of the 2019 Red Rocks season. The final show is always bittersweet, but this year it’s a little easier to accept. Before closing, a few shows for next year were already announced at Red Rocks, and over the last month, even more, have been announced.

Red Rocks 2020 is going to bring some top concerts to Colorado like Stick Figure, Hippie Sabotage, John Fogerty, Lord Huron.  The Red Rocks Calendar continues to grow. One top artist not to miss is John Fogerty coming to Red Rocks tickets can be purchased at RedRocks.co here.  Keep watch as Worship on the Rocks, Yoga on the Rocks, and Film on the Rocks dates will be announced soon.

So, while it’s sad to leave summer nights dancing away at Red Rocks behind, there’s plenty of time to prepare for the shows you’ll be catching next year — which is fortunately right around the corner. There might even be a few you’ll want to put on your holiday gift list.

25 shows have been announced apart from the annual local set series hosted at the venue – leaving us waiting to hear when some of the big annual shows, such as Dispatch and Zedd, will be announced.

Check out the full 2020 line up below and be sure to bookmark this page – we’ll continue to update it as more shows as they get added to the calendar.

Tickets for all Red Rocks 2020 concerts and events can be purchased at RedRocks.co or at our partners at buytickets.com or simply call us at (303)TICKETS and avoid the box office lines.